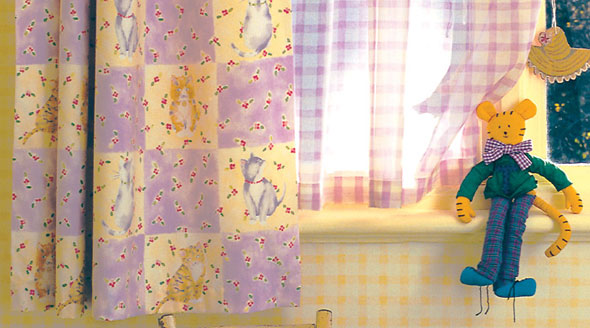 Bold, original design and deep convictions about the strength of family have defined Anna French’s life. From the vibrant geometric designs she began producing at art school in the 1960s to the big, brilliant wallpapers that make up her collection, “Glamour,” Anna’s style is always evolving. Her courageous use of colour and flair for the dramatic remain unchanged.

A strong desire to produce her own fabrics prompted Anna to start her own company. In 1976, she and husband John French moved from London to Scotland, where they formed the company on the top floor of a Victorian lace mill.

The business grew a little each year, but it wasn’t until 1994 when Anna began to introduce high-end Children’s Collections, including “Ready Teddy Go,” that things really took off. In 2007, an agreement was reached for Anna French to team up with Thibaut.