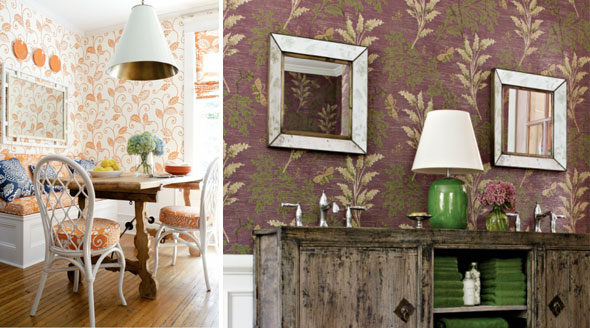 Thibaut offers unsurpassed quality and design in styles ranging from historic reproductions, toile and chinoiserie to tropical and novelty patterns. With an insightful knowledge of trends and what homeowners want, Thibaut consistently delivers uniquely designed collections.

Thibaut is Known for a fresh, inspiring color palette with classic style. As the company founder, Richard E. Thibaut, once wrote in 1887 Thibaut provides “the choicest colorings and designs which are unsurpassed by any line of Wallpapers offered.” We hope you will agree Thibaut is continuing in this tradition.

Thibaut Inc. was founded in 1886 by Richard E. Thibaut. Once heralded the “world’s largest wallpaper company,” Thibaut began as a successful retailer and multi-branched distributor, with distribution points in Boston, New York, and Newark, NJ. In 1953 the Thibaut family sold the operation to company employees. Thibaut was eventually acquired in 1976 by RPM, a world leader in specialty coatings. In 2006 Thibaut was acquired by Riverside Company, who along with Thibaut’s management team presently own the company.